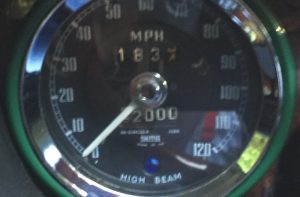 Poor Murphy recently suffered some accidental door damage, which meant going into a local bodyshop in Fair Oak, Hampshire to get fixed. 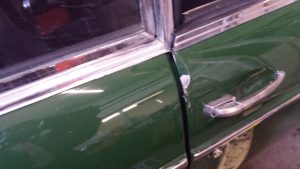 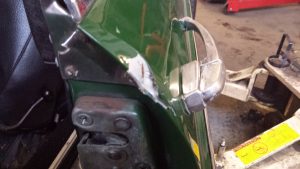 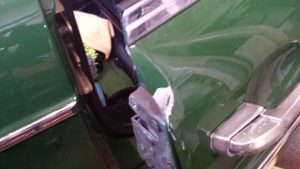 This bodyshop was reasonably recommended, so whilst at it, I also asked the them to tend to the rust on the tailgate, thinking this was all straightforward.

Despite promises of perfection, and whilst the actual bodywork on the door was OK and tailgate was OK-ish, to my dismay, these guys really f****** trashed my car.  I cannot tell you how absolutely f******* livid I was, but to cut a long story short, (and leave out further expletives), suffice it to say, never again with this company! 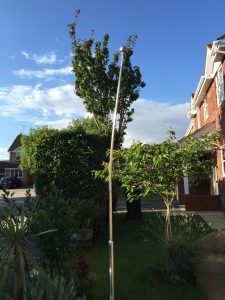 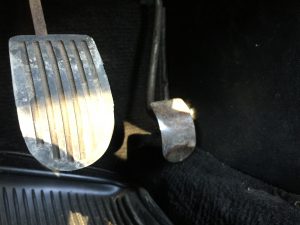 They must have hammered the pedal beyond it’s endpoint to not only bend the metal in the engine bay, but also have the pedal sitting to low