I’ve, at last, ordered the new rear suspension springs and stainless steel exhaust that I’ve been planning to change for some time

I’ve noticed, since the weather has become wetter, that the handling of the old suspension wasn’t what it should be, so I couldn’t really put this off any longer.

Also, Murphy’s been sitting low due the worn suspension, and the occasional speedbump has scraped the already worn out exhaust. I’ve been holding out to do both these jobs at the same time, as there was no point risking a new exhaust if the suspension was too low.

Given the exhaust isn’t sounding great at all right now, and the change was long overdue, I’m looking forward to bringing the noise levels down a bit – as no doubt, will my neighbours!

I was tempted to go for the louder centre bomb box over the quieter standard type, thinking I’d benefit from better clearance. After a few calls to various suppliers, it seems there’s really not much in it clearance-wise, so, I went for the standard type after all, as I also felt I’d prefer less noise in the long-term.

As a quick job, I did also, this week, fit new lights to the dashboard dials, but instead of the regular 2.2W bulbs, I went for LED’s – green ones – to match Murphy’s exterior. These were easily available on eBay with the standard E10 screw-in fitting. Although part of me wasn’t sure if this was the best idea, it actually looks quite good in the dark, and uses only 240mW, so I’ll go with it – for now anyway. I may also look into LED’s for the interior lights too. (Note, I’ve since upgraded the bulbs to even brighter LED’s… see post in Feb 2015).

I mentioned in a previous post that I’d hooked up the phone to the cigarette lighter to keep the phone charged on longer journeys requiring GPS, and that this also added in the aux audio capability between the phone and the car stereo.

Well, the charger cable couldn’t be helped, but the audio cable poking from the top of the phone was bugging me, so the last thing I did this week was buy a Bluetooth audio adaptor made by Belkin. Despite Belkin’s website showing this as costing £59.99, it is possible to find this online for less than half this price, so shop around!

Not only does this handle calls so that the audio comes out of the car speakers, it also switches between call audio and music audio, which meant I was able to listen to streaming radio over the Internet on 3G/4G through the cars stereo. I also noticed an improvement in audio quality over the cable, with more consistent levels and a less distorted sound coming from the Bluetooth adaptor.

It’s not necessarily the traditionalist approach one might usually uphold, but it felt very practical, and brought the usability of Murphy more in-line with my day-to-day needs, which is a good thing, in my opinion. 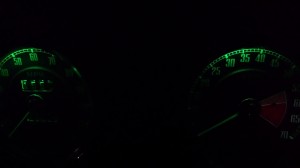 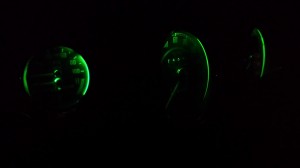